WHAT IS THE FUZZ ABOUT?

For the first season of 2020 we are already having a long-lasting discussion involving the low rise jeans. Do we want it to make a comeback or do we say forever goodbye to the lowrider?

The trend originated in the ’60s that has grown into his own definition over the decades. While it has its aesthetic precedents in rock ‘n’ roll, we have to give credits to Alexander McQueen and his modern craze when he introduced the ‘Bumster jeans’ after he graduated in the early ’90s. Not much later followed by Madonna who was wearing his jeans for an MTV advertisement.

These days we are discussing whether we still like this style, or we reserved a funeral for it. Does it accentuate our body in the right way, if so — for which figure?
Today we are going through the pros and cons, let’s learn something about fashion today. What do you think, do you still believe?

Disclaimer: we always try to use the correct and original source of each image that we place. If this is incorrect, please contact Kikivogels@hotmail.com. 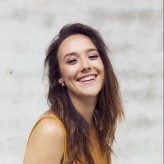 Welcome to A way of dreaming! Your online style diary with useful and interesting tips and tricks, carefully written and curated by me! The 26y old Fashion Stylist who loves to share her knowledge, love and likes to inspire people.